Home › Adventure › Freefall Abseil for One at The ArcelorMittal Orbit 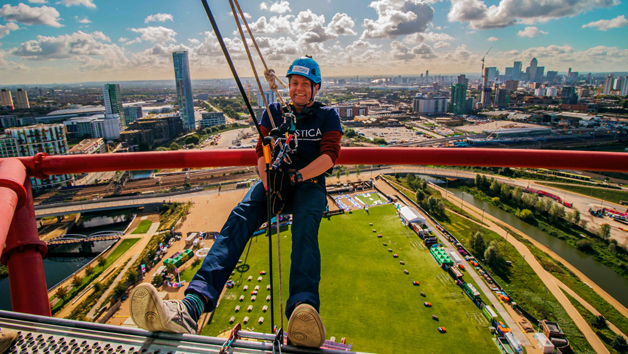 Freefall Abseil for One at The ArcelorMittal Orbit

The tallest sculpture in the United Kingdom, the ArcelorMittal Orbit cuts an imposing figure in the iconic Queen Elizabeth Olympic Park at a stunning 115 metres in height. It became a symbol of the 2012 London Olympics, but that's not all. It's also home to our nation's highest freefall abseil! Ascend to a platform a staggering 80 metres up and take in the breathtaking views over the capital whilst being attached to the specially-designed safety system by expert Wire and Sky staff. Then take a deep breath, lean back and abseil down without touching anything until the ground is reached. Relish the scary yet exhilarating feeling of being mid-air and marvel at views of the Gherkin, St. Paul's, the O2 Arena and more on the way down.

Exclusive
Zip World Velocity for One

Exclusive
Zip World Velocity for One