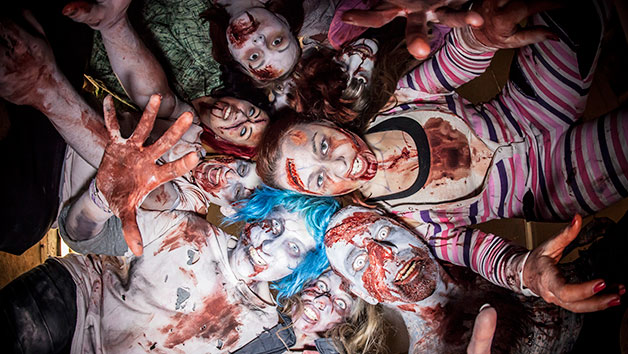 The zombie invasion has begun and London will soon be swarming with the undead - this is your chance to face fears and fight to save the world from imminent disaster. Undergo intense zombie survival training from an undead response unit, handle different types of weaponry (airsoft, laser tag and paintball guns) and learn life-saving techniques to immobilise and destroy the zombie hoard. The mission takes place in an underground bunker that's been a research facility for zombie observation and is ready to train recruits in zombie survival. Be prepared for London's scariest and most realistic zombie-themed event. Expect big frights, gore and the end of civilization. Not for the faint hearted, get ready to blow some zombie brains out!

Zip World Bounce Below and Titan 2 for Two

Zip World Bounce Below and Titan 2 for Two